Here is the link - a chilling look into what could happen on our doorstep.
http://www.cbc.ca/news/canada/montreal/story/2012/04/17/narconon-trois-rivieres.html

As news stories have a habit of being blocked, removed or altered - have pasted story below. Full copyright belongs with CBC News Montreal

At least four clients taken to hospital in recent months 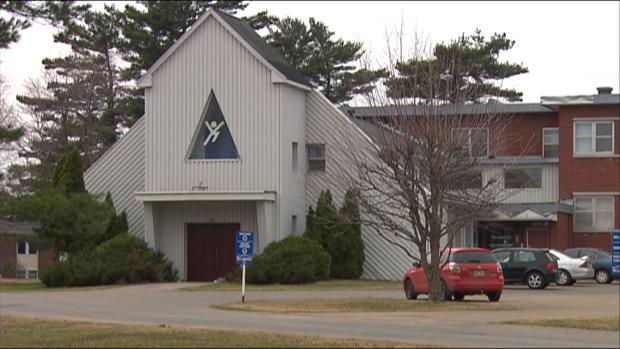 The Narconon Trois-Rivières is one of dozens of similar Scientology-inspired treatment centres in the U.S. and around the world. (CBC)

The head of a regional health agency in Quebec said he had no choice but to shut down a Scientology-based rehab centre in Trois-Rivières.

In recent months, he said at least four clients were taken to hospital because of methods used at the centre.

The Narconon Trois-Rivières is one of dozens of similar centres in the U.S. and around the world where the detox treatment is inspired by the teachings of Scientology.

Latour said the centre was dangerous for patients and violated many of the criteria regulating Quebec's rehab centres.

He said there was no medical supervision and no scientific basis to the treatment.

An Ontario woman, who asked to remain anonymous, spent thousands of dollars for her son to kick an addiction to the drug OxyContin.

But this weekend, just three weeks into his treatment, she had to drive back to the centre.

"The students had to basically get out [as soon as possible]," she told the CBC. "There was no information at that point."

Her son and about half of the 34 people who were at the centre when it was shut down have been sent to a Narconon centre in the U.S.

The centre issued a statement Tuesday night, defending its rehab model and calling on the department of health to support more solutions, not fewer.

"People with drug problems and their families should have a right to choose the program that works for them as these days there are many good alternative programs," it said.

The centre also said it is willing to make needed corrections.

In an interview earlier this month, a spokesperson said the centre's treatment goes hand-in-hand with Scientology teachings, and 1,200 addicts have left the centre drug-free since it opened in 2005.

NOTE: This website is not associated with, owned, operated, sponsored or endorsed by Narconon International or ABLE (the Association for Better Living and Education) whose head offices are in Los Angeles. This website is not associated with the teachings of L. Ron Hubbard, whose teachings Narconon use and pay a license fee for. All trademarks and service marks remain the property of respective owners. NO INFORMATION ON THIS WEBSITE MAY BE COPIED OR REDISTRIBUTED ON THE INTERNET or in print or retransmitted in any way without the express written permission of the website manager. Send an email via our contact page for all requests.